A Foreward From the Editor...

In SaltedXIV’s Player’s Blog, we invite players from all over to discuss any gameplay topic of interest to them across all levels and styles of play. For our inaugural post we’ve invited top EU Dark Knight speedrunner Keelan Strike to talk about his unique Dark Knight “2/6 Rotation” — a rotation known only to Keelan until just before the end of patch 5.4.

The idea of a rotation being completely unknown to everyone else in the entire Final Fantasy XIV community is a novel one that surprised and delighted our Dark Knight theorycrafters. Under normal situations, Dark Knights generate around 12,000 MP a minute. This combined with (in single target situations), which costs 3,000 MP, allows for 4 uses of “Edge” per minute. With raid buffs in mind, Dark Knights aim to use these under the raid buff window when damage increasing buffs like and are applied. Many raid buffs operate on one minute or two minute cycles, with there being more damage increasing buffs active during the two minute “buff window.”

Using some rotation shifting trickery, Dark Knights can delay their second (after the opener one). Along with this, by abusing the Dark Arts Effect from Dark Knight’s could “shift” one Edge from within the 60 second buff window into the two minute buff window when more damage increasing buffs are applied, allowing for greater multiplicative stacking and higher overall damage. This shift is known as the “3/5 Rotation” and is what all other high-end Dark Knight players sought to execute.

But Keelan isn’t all other high-end Dark Knights, and deduced a way to get an impressive six s under this two minute buff window, in what’s now known as the 2/6 Rotation.

More than ever this savage raid tier, top speedrunners kept their execution logs listed on FFLogs hidden until just before the patch 5.5 maintenance to keep their carefully designed strategies and ideas from being used by competing groups. FFLogs is a site that allows players to assess their performance in Final Fantasy XIV encounters. They partition logs and rankings per major patch cycle, or per other major gameplay changes that notably shift game balance. Meaning, the performance rankings for this set of savage fights would “lock in” with the end of 5.4. It wasn’t until this partition was looming that Keelan’s raid group, My Lidl Academia, made their logs publicly viewable and spectators noticed the previously unheard of rotation.

Videos of Keelan running through each fight are featured throughout this article too, check out his rank 2 12s “Door” boss kill of Eden’s Promise!

We’ve asked Keelan directly to discuss the discovery and refinement of his brand new rotation, and the remainder of this article is provided by him, with mild revisions for clarity and headings added to break up the sections. Basic understanding of how Dark Knight functions will help reading, and you can learn more about how to play the job with the Dark Knight guide right on this site:

Originally, the goal was to pop earlier in my opener. Living Shadow takes roughly 7s before it begins doing damage, so I wanted to use it as early as possible to get as many of its attacks as possible in the raid buff window. Doing so required using earlier too, because the blood gauge generated from Blood Weapon is needed to get Living Shadow out as soon as possible.

However in trying to do that, because I’d have a full MP gauge and blood weapon generates MP on each GCD hit, I would overcap in MP and waste the 600 MP gained on my first GCD. To negate that, I was forced to TBN pre-pull.

When using TBN pre-pull, I started having 600 more MP than usual, because of an extra MP tick outside combat before the pull started. It was then that I realized the 2/6 opener would be possible. But then I couldn’t repeat that process for the two, four, and six minute raid buff windows with just the additional 600 MP; I needed 600 more.

So I asked myself if I could save up more than 600 MP, without overcapping my MP gauge.

To solve that, I then went for a solution to get two pre-pull MP ticks (1200 MP) by using a 4s pre-pull TBN, while being synced with server ticks. This allowed me to have MP ticks at -3.5s, and -0.5s pre-pull. Having “too much” MP with this 1,200 generated, I started having serious overcapping issues for raid buff windows, and it was at that moment manipulating TBN allowed me to bring an extra 6,000 MP to every two minute raid buff window.

At first, I planned with an excel sheet to show the theory. Then we started speedkill runs of E9S, and that’s where I first got to practice it and prove the concept.

Every Dark Knight burst window depends entirely on the TBN uses and timings to prevent an overcap of MP. They also depend on actual party raid buff window timings which can change depending on a fight. Some raid buff windows took one try to master this new approach, while some others may have taken me up to two lockouts (editor’s note: one “lockout” is usually 1.5 hours) to be proficient at, for example E10S’s five minute burst window.

For some difficult spots in fights, it took a while to find a solution to the problems faced.

The best example is the opener, every fight was different in our approach to pull the boss, and we had to adapt depending on how each boss’s auto attacks varied, the damage of said auto attacks, or even if the boss would double auto attack right at the start (editor’s note: where the player who first aggros the boss is hit with two auto attacks immediately).

To be honest I don’t really understand how it wasn’t discovered earlier. I actually first discovered enjoyment with Dark Knight following patch 5.3 when speedrun group INHAMEZ opened my eyes on this job and its potential for speedkills. I do think overall there aren’t enough Dark Knight players this expansion, and the lack of players surely doesn’t help the job to show its full potential.

Dark Knight is very good when used in the right environment, that being speedkills mostly.

That’s where you find this kind of optimization. And nowadays, the best Dark Knights are often Gunbreaker or Paladin mains who rerolled (swapped jobs) for their speedkill group (as I did). I think with more players, this rotation would have been found last tier.

Some of the challenges this rotation faces:

The 2/6 rotation aims to start with a bonus of 600 or 1,200 MP (preferably 1,200 as 600 is only possible with perfect raid buff applications on and ). Usually, executing 6 s in raid buffs isn’t possible because when raid buffs are fading after 15s, you wouldn’t have the last 600MP for a final Edge in the buff window.

The goal is then to keep that net MP bonus throughout the fight by using 2 TBN per two minute raid burst cycles.
Here’s my personal sheet demonstrating the rotation and math:

Make sure you know which precise GCD TBN will break on. This requires being intimately familiar with the fight and with your party’s mitigation planning.

TBN will be used everytime we reach the critical threshold, 9800 MP. Even sometimes precisely at 10000 MP when we know no server MP tick will occur by the time we use our MP.

As for how to execute the 2 TBNs:

More than 15s before the raid buff window, to store a Dark Arts proc:
At 9400+ MP use
First breaks

Right before upcoming raid buff window, to set up:
at 9400+ MP use > GCD > GCD
(this TBN cannot break early)

Where and When to Use it?

The better question would be “when to not use it?” To me, the first thing to do is discuss with your Black Mage, assuming you have one, because you are both using the server tick for optimization. Then, as stated earlier, having a great co-tank to execute different pull shenanigans greatly increases your chances of executing it. Lastly, it depends on you and your endurance to keep trying to execute it; it can be tedious.

Don’t forget this cannot be done outside of speedkills (or controlled log runs), as you’ll need to know your killtime precisely beforehand to know what possibilities are on the table. It will also obviously depend on your group’s raid buff alignment.

You can make a copy of my Excel spreadsheet and use it as you wish. Please keep in mind this excel sheet was originally made just for personal use, and some formulas are not automated and some are even incomplete (crit/dh handling, rdps/adps, highest/lowest results..) for approximation.

While this crazy rotation isn’t realistic for well over 99.9% of the player-base, it’s always fascinating to discover how players are pushing the boundaries of what we know is possible with the game and forging the path for new techniques! Be sure to check out Keelan’s gigantic brain in his videos, and if you want to talk more in-depth about the rotation hop into The Balance discord server and chat with any of our Dark Knight mentors!

Keelan also let slip that a 2/7 Rotation can be possible in some niche scenarios to get 7 Edge uses inside your pot window! We’ll be looking into covering this 2/6 and 2/7 rotations more in-depth in a Dark Knight optimization-focused guide to help players better understand the advanced theory touched on here, so stay tuned!

This was the original screenshot Keelan provided for the article… 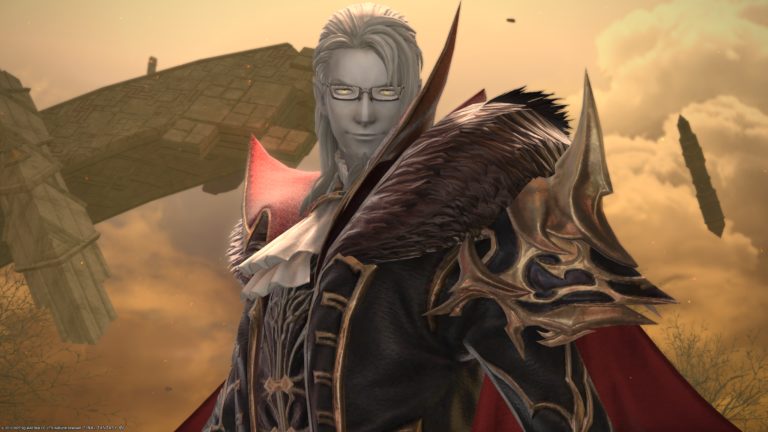 Here be footer where I put stuff. Yes this line is intentional. Check the About page for information and thank yous!

We still need your help!

Thanks to your support, SaltedXIV raised nearly $2,000 for RAINN in support of sexual assault awareness.

But this fight isn’t over. As long communities keep actively silencing victims and assault discussions, this fight will keep going. This site and this community still need your help. Any contributions are helpful, no matter how small.

I also want to encourage reading and discussion of these experiences. There are leaders and pillars of this community actively silencing or proliferating anyone speaking out. Please don’t stand for this. Please don’t support communities that silence victims, that not only rip off designs, but have mentors who sabotaged this site and faced no reproach.

We can be better than this.

Sexual Assault Awareness, and the Rest of My Experiences